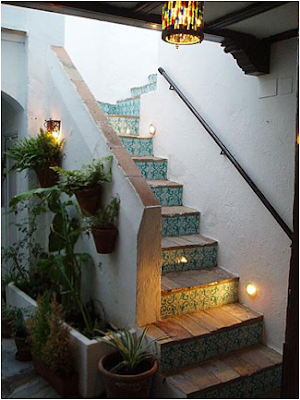 I love Moroccan interior aesthetics. Found this website that supplies Moroccan design tiles in the Netherlands. So if I'm to have a house here, I know where to look :D 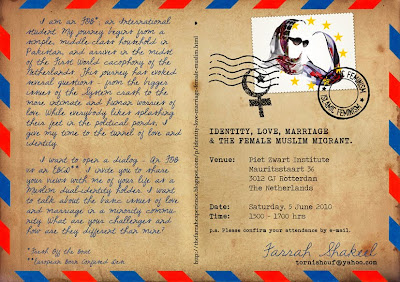 I am an FOB*; an International student. My journey begins from a simple middle-class household in Pakistan, and arrives in the midst of the First World cacophony of the Netherlands. This journey has evoked several questions - from the bigger issues of the System crash to the more intimate and human worries of love. While everybody likes splashing their feet in the political ponds, I give my time to the tunnel of love and identity.

I want to open a dialog - an FOB vs an EBCD**. I invite you to share your views with me of your life as a Muslim dual-identity holder. I want to talk about the basic issues of love and marriage in a minority community. What are your challenges and how are they different than mine? 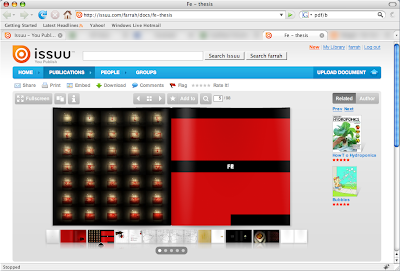 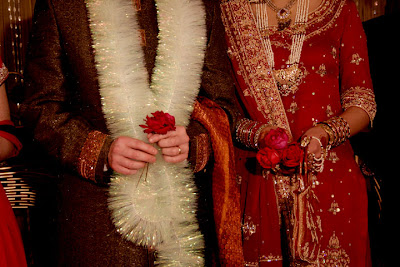 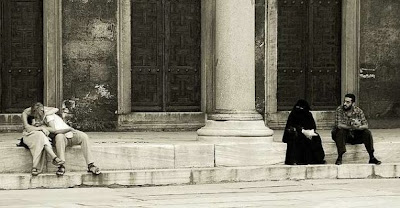 Did this today after a long long time ... felt great! 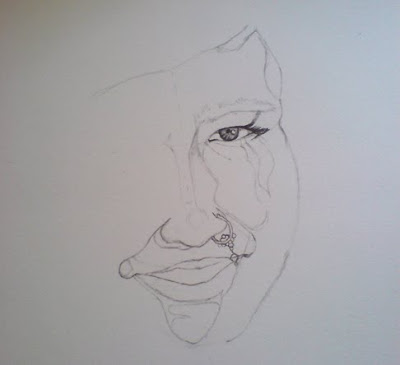 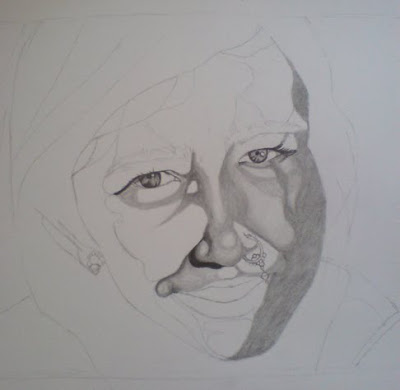 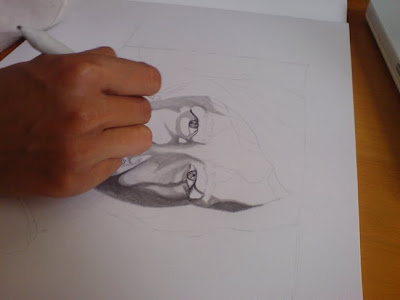 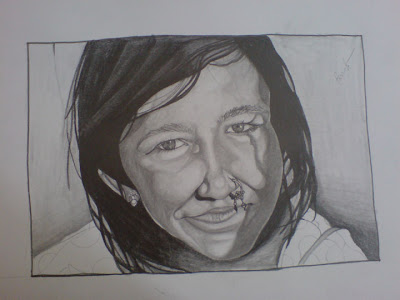 Any creation is bound to inherit traits of its Creator. The Burka Machine is a very conscious creation of a female-machine that behaves very female-like upon interaction. The political and social associations that society and Man have conjured about the Burka make us forget the presence of a very feminine human within that attire, and the very feminine emotions and desires she beholds. 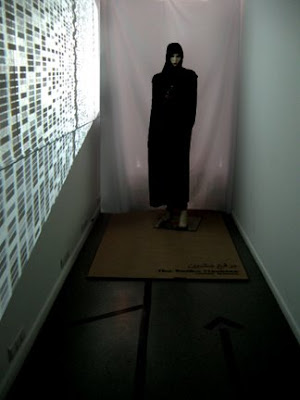 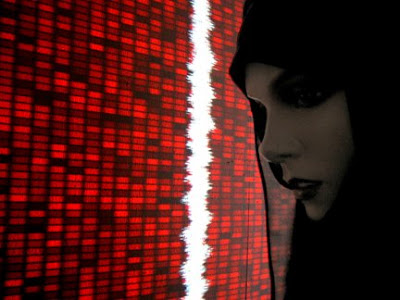 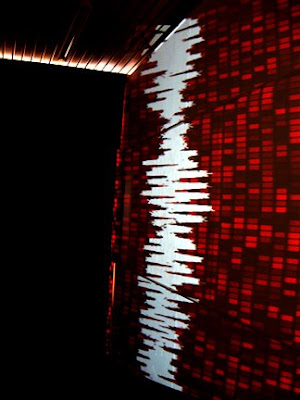 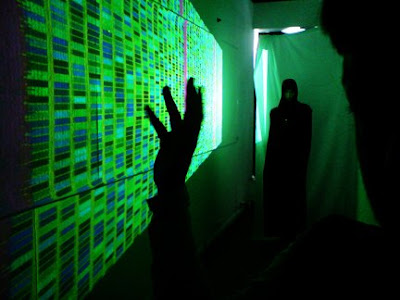 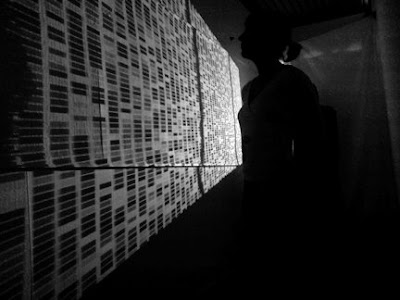 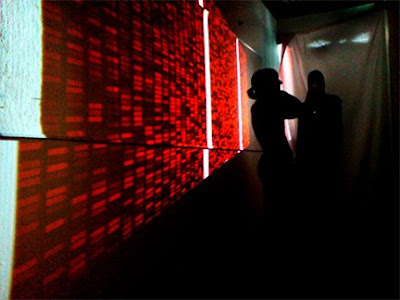 "The Burka Machine" is my installation developed for "Build, Break, and Broadcast", a thematic project on do-it-yourself hacking and recycling of electronic hardware. This project was presented as my first-year final project under the course MA Networked Media: Media Design and Communication @ the CBK Rotterdam, from the 3rd till the 12th of July 2009. This exhibition, titled "Networked Media", showcased works of the 8 graduates and 5 first-year students.
Being rather new to the western world, and facing a series of frustrations, and kicking and punching through this sea of new ways of life, trying to find my roots, trying to connect somewhere - in vain: there was a lot more happening around my own nucleus. There was something happening that had something to do with my background, against this new world I was (am) trying to penetrate. It's a difficult situation to be amidst strangers and to have to explain and talk about something that you're against and it belongs to YOU. The burka is one of those things. I do not appreciate or promote the burka, but I also do not appreciate others going against it who have no sense of balance *Pat Condell*. Aren't the burka and bikini/nudists examples of two extremes? And haven't we agreed upon fighting against extremism? Then why this bias to just go attacking one side of it ... no ... then why this bias of attacking one side of it and promoting the other? Since when is breaking more boundaries, and creating a limitless life the new CORRECT way? Who decides upon the correct? It's human life we are dealing with, not an internet connection!
But having said all that, my installation was more about the western-viewer than the lady in burka. The installation was created to project a cliché we (they) live each day. The apprehensions projected on television about the burka, and then it being banned in France, is completely absurd in my eyes. But then I also understand that when they don't respect their own symbols worthy of respect, how would they respect someone else??
example 1
example 2
example 3
example 4
To them, the burka is a symbol of oppression, of gloom, of anything but life. No matter how many documentaries there may be created trying to shift this distorted view, by their own folks, it seems impossible to create any flexibility.
The installation projected 3 states. Each state generated an audio/visual response according to the distance between the viewer and the burka. State one: the viewer being farthest, generated a colorful display with happy sounds. State two: the viewer within an alert zone, generated a black/white display with sorrowful sounds. State three: the viewer within red zone, generated a red display with sounds of anger and fright. All sounds were basically ripped audio from bollywood movies (gathered from youtube), each clip ranging between 10 seconds and a 100 seconds. The idea was to have as much female sound as possible, and cut out any possible male sounds.
No woman, that we see on streets, is ever crying or projecting an image that she is oppressed. They all seem happy and content. I've seen burka-clad women even smoke in street corners in groups, which is rather more shocking to me, since personally in my culture, women who smoke are seen as those with a loose character: so the burka and the cigarette is a strange juxtaposition for me. So the point is, from a distance they all look happy. It is their psychology for the next two stages, which I feel, is extremely media-generated. The problem is, the image of an Islamic woman in the eyes of the non-Islamic world, and a lot times also within Islamic world, is so drastically non-Islamic, it does erupt questions for where this ideology is coming from, and who is responsible? I have often seen such strange questions on forums like inter-religious relationships, they drive me nuts. Muslim women shouldn't talk. Muslim women don't have fun. Muslim women don't hang-out. Is it possible to go out on a date with a Muslim woman? Can I offer a drink to a Muslim woman? Muslim women are not human!!?? ugh! Such a distorted spectrum of views. Who has created this?
There is a very nice book that was put together by John L. Esposito and Dalia Mogahed: "Who Speaks for Islam?: What a billion Muslims really think." This was a result of a mass poll that was taken from Islamic countries, in which the Muslim opinion on various aspects of life was questioned. I feel it really puts forth the reality - even the bad parts, which undoubtedly and unfortunately DO exist.
A Jewish turned Muslim, Muhammad Asad is also an interesting figure to mention at this point. He has done a lot of study about Islam; written his translation of the Qur'an, which is considered rather unique and better in most cases; done a study about how head-cover for a woman has nothing to do with Islam; etc. Like everything else, why isn't it possible to believe that there have been figures in history who have not been able to change the literal word of the Qur'an, but have obviously corrupted it's essence and meaning. And the rest of the public is lazy enough to not investigate themselves and just follow blindly; not to mention the lower literacy rate in most Muslim countries.
At the end, this installation was an effort to only put a mirror - a mirror to the ongoing psychology and attitude. Although the subject is so difficult, if it helped even half a man to understand anything, I'll feel my work is done.